… to myself. Since learning to be gentle with myself, life is just a wonderful adventure, in all it’s glory, through up’s as well as down’s.

… to those close to me, my family and friends. You make me a better person, and I love the way you enrich my life. Being in communion with like minded souls!

… to those who are aware. Aware of themselves, as well as their surroundings. Aware, and acting out that sense of awareness. You all help make the world a better place for us all.

… to those who struggle. With disease or mental anguish, with terror or impoverished circumstances, with relationships or loneliness, with life or death. I give thanks to you, because I learn from you and your struggles, in the same way I might have helped someone through my own struggles. At the same time, I wish your struggles would not be. My heart goes out to you all.

… to all those who knows and acts from the understanding that one person cannot do it all, but every person can do something. We all have the possibility to make a difference, and together, we can move mountains.

… to all those who stick to their worldview, even when times are tough. Who see the need to act according to ones values, treating a fellow human being as a fellow human being, whether or not she’s the first or hundredth who comes knocking, desperate, in need of a hand’s up.

… to life, to love, to laughter. I give thanks that I get to live a life and do work that matters, in these exciting and challenging times where the possibilities as well as the difficulties are endless. Together we determine the future of humankind, through our beings and actions. Imagine what might happen if we all started to act more like a kind human, living, loving, laughing? What if, we would shower ourselves, our fellow human beings and the world we live on with kindness?

I sit on the sofa, with D in front of me. He just arrived, as we had agreed the day before. He said ”I noticed a resistance, like my timing was off?” and yes… he was so right. I had four more hazelnuts I wanted to munch down, before we got started. Felt a bit embarrassed at myself, chewing, chewing, chewing. As he raises the slightly off-vibes, immediately I drop into the NOW, and realize, here is a person who sees so much more than that which is visible using only the eyes. An hour long therapeutic process awareness experience commenced, widening me, to the extent that I felt I was close to being without boundaries – so far outside of my own body, it’s almost scary. But just almost. I would not trade that experience for anything in the world.

Deep anguish, as well as the most divine experience of slowly dissolving into the infinite, that which is me, and outside of me, ‘til the end of spacetime… 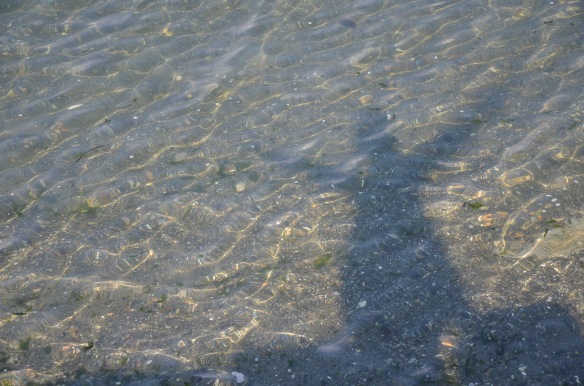 I don’t know how to describe what D leads me to experience, but it’s something other than anything I’ve ever experienced before. It’s going within, while simultaneously going out, far and wide, reaching all that is, has been and will be.

When we are done, and I’ve landed again, somewhat at least, within the confines of my own body, there is a translucent feeling to it, to me. I am tired. Like having run a marathon… or so I imagine, since I never have.

Time disappeared as we sat opposite each other on the sofa. All that was, was all that is. All. And nothing. At the same time.

About holding it in…. or not.
The pivotal moment in time when the path ahead, for the women stemming from my womb, going back all the way to the womb of my First Mother, shifts, no longer carrying the weight, the burden, of judgement and inner harshness, concealed within. Letting it out into the world. Being, perhaps, created by those who cannot stand to see it, visibly, so used to it being concealed. Cringing from the physical aspects of it, when it is recreated outside, rather than sneakily hidden underneath the skin, the flesh, deep within our soulbodies. So much easier to ignore, pretend it’s not existing, turning it into something that-we-must-not-name…

About the jagged sensation of Worry.
And the much softer and huggable Concern.

Running a gauntlet.
Not because of the session itself, but because that’s what I have been doing, inside myself, for so long. So long I almost cry thinking about it. And cry I did. Oh, how I cried. For what has been. And what might be.

Dream-paralysis.
Lethargy.
Heavy. So heavy I cannot even flutter an eyelid. Impossible to move.
And yet… the ability to move is there. I choose not to. But why? Why?

Tired.
Oh, so tired, from running that gauntlet.
Feeling so alone. Absolutely alone, with no assistance… and then D reaches out his being to me, and hold me with his eyes.

Crying, desperately. But for once, sharing the burden of my pain, not alone in it, not having to carry it all alone. D is there, helping me carry… and I can imagine what it would feel like, to let go of all the responsibility that is not mine to carry, that I have been lugging around, for eons of time… believing that I should? That I would have no value unless I took it all on?

Oh. Be gentle. I am still learning. Stumbling about on earth, doing the best I can, failing miserably at times, exultingly successful other times. And meanwhile, putting myself through that gauntlet, over and over, a never-ending story.

Or? Might my time as a gauntlet-runner be coming to an end? Now that I’ve seen it, experienced it, become aware, so aware, excruciatingly painfully aware of what I’ve been internally putting myself through, out of… what? Fear?

Pure. Innocent.
Might I be? Am I allowed to be? To just Be? Aware?
Letting go of all that has been, being reborn. Like Phoenix, reborn from the fire, rising from the burning embers, flapping it’s wings and flying off… Being, Aware, and only carrying theweight of the responsibility that is Mine to carry. Letting the rest burn off, turn to ashes in that fire.

As I write this, it’s there once more. The sensation. Dissolving into infinity.
At least, I feel it again, I revisit it as I write. I close my eyes, and it is within me. The liberation, experiencing the moment that is what is, all that ever has been, and all that will ever be. In one single point. Now.

Have I ever had an experience as humbling as this?

After 10 days on the road, visiting Santa Monica for Graduation weekend of Supercoach Academy, and then taking a few extra days of leisure in Seattle, meeting up with an old friend from my years as a foreign-exchange student in Lincoln, Nebraska, I am finally physically home. And it feels great.

Nowadays, I am, from a psychological point of view, (almost) always home within myself these days. But it sure does feel good to be physically home within the confines of my house and the loving arms of my familly. 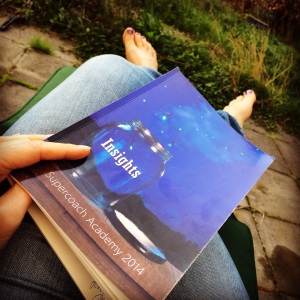 Summer weather greeted me on return, and I enjoyed a sunny afternoon with the shared Insights from all my classmates of Supercoach Academy. The wisdom and sense of wonder contained within the stories, moves me to tears and laughter. I am filled with love for all of my fellow Supercoaches, but luckily enough, there’s enough to go around, so regardless if you’ve shared this ride with me the past nine months or not, consider yourself loved.

I am truly blessed!