My daughter told me over dinner the other night, that a lot of her friend’s parents are pushing them hard for good grades, using threats of not getting to do or have stuff they want and so on. So when she said ”I am so happy you don’t push me that way. I know you are happy if I do my best, and learn as much as I can, regardless of the grade I get”.

So in a sense, I’ve been striving towards this family standard that Seth spoke about, quite a few years by now.

I asked my daughter: If you would get top grades but not learn a lot, or not so good grades but learn a lot, which do you think I’d opt for? She replied immediately, picking the latter choice. And she’s right. Learning is much more important for me than grades. Grades might (and should!) be a reflection of how much and well you learn, but really, I don’t think that’s how they work at all. You can learn an astonishing amount of stuff, and still get a low grade. It all depends upon your starting point, doesn’t it? Unfortunately the effort put into learning isn’t taken into consideration in grades.

Asking for, and praising, top grades, might be a strategy that backfires on you, as a parent. You run the risk of promoting external motivational factors, rather than encourage inner motivation. Instead, ask for, and praise, learning and the work your child (and yourself!) puts into it!

Reflection #7 of 24 from the notes I took and the experience I had at the Seth Godin Q&A-session in London, November 2015. These reflections will constitute my Advent Calendar for 2015, and will be posted daily from December 1st to the 24th.

Podcast recommendation 31/52 from the Good Life Project marks the return of ordinary counting in this series. I went off the deep end and named two blog posts after each other number 27… Oops. Anyway. Here I am, back on track full out, it’s week 31 and here’s the 31st podcast recommendation in this year-long series.

So here it is, an episode from Good Life Project with Jonathan Fields, that I listened to a couple of times yesterday, as I was picking black currants. A short riff on something that I haven’t really given a lot of thought to; the difference between asking for help, advice or assistance, and being open to receiving it.

Asking is not receiving.

As I am writing this post I am listening to it once more, and there’s something to this short story that touches me. This sequence in particular makes me pause, and reflect, looking deep within:

There comes a time when you need to stand naked and silent in the room.
To not just lower the shields, but keep them down.

Are you open to receiving?
To standing naked and silent?
If so, the real work begins…

That’s a question worth asking.

I am extra fond of questions these days, compared to before. Or, I don’t know. It’s quite likely, now that I think of it, that a lot of my colleagues from previous work places thought I was a pain in the ass asking a lot of questions. Most likely a lot of them quite tough to answer, as I have always had a tendency to go up to system level, finding flaws and possibilities for improvement.

…if only the questions were asked, awareness raised…. then I could get going!

Perhaps once in a while, questions were not heard, deliberately, out of fear for what raised awareness might lead to?

And did I ever get frustrated when awareness was not raised. When I was speaking and writing to deaf ears and blind eyes, refusing to take it in. Like the three monkeys, holding their hands over eyes, ears and mouth.

I can imagine the unwilling recipients of words and writing desperately desired me to hold my hand over my mouth, taking on the personal of that third monkey. But nah, that’s never really been my strong suit. 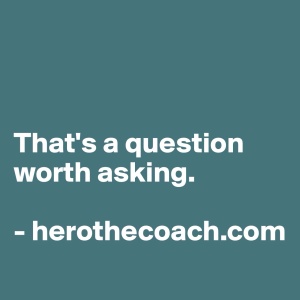 Because sometimes it’s all in the asking! Agree?

While flying Norwegian to Los Angeles I was browsing the inflight magazine, and stumbled across an article about Sverker Johansson, the worlds most prolific writer, having published more than three million Wikipedia articles. Or rather, he’s done a bunch, but then he created a bot that scans databases, creating articles on the go.

Anyway, this Swede seems to be one of those people with a mind that expands in all areas at once. He has degrees in multiple fields, and said: ”From the age of five, I was curious about everything – I kept asking ‘Why?’, and I guess I never stopped.”

I just love that, and to a certain degree regret that I did stop. Because I did. Somewhere along the line as a growing child, or a young adolecent, I stopped asking why. Luckily, I started asking that question again a few years ago, and it’s taken my life on a ride I never dreamed of.

But what can I do to get my kids back to question-mode? Because, although it pains me greatly, I think they have stopped, to a large extent… at least it seems to me as if much of their natural curiosity have disappeared (or perhaps retreated within, to a safer place, ready to come out if and when the time and setting is right?). And even though I am asking…. I really know the answer, which is for me to be my curious self. That’s the only thing I can do!

I also have a feeling it’s actually very unnatural for humankind NOT to ask questions of why, how, what for and so on. Would we have evolved as far as we have otherwise?

Oh! Wondrous thought: Would we perhaps have made an even better job of our human evolutionary endeavors if more people had kept their question-mode alive and kicking?