On parents and schools.

If I as a parent have thoughts, ideas and/or concerns concerning the schools my children attend, what do I do?

I’m guessing most teachers, principals and anybody else working within the school system, laugh a bit at what Seth answered: You must understand that parental involvement is a pain in the ass. 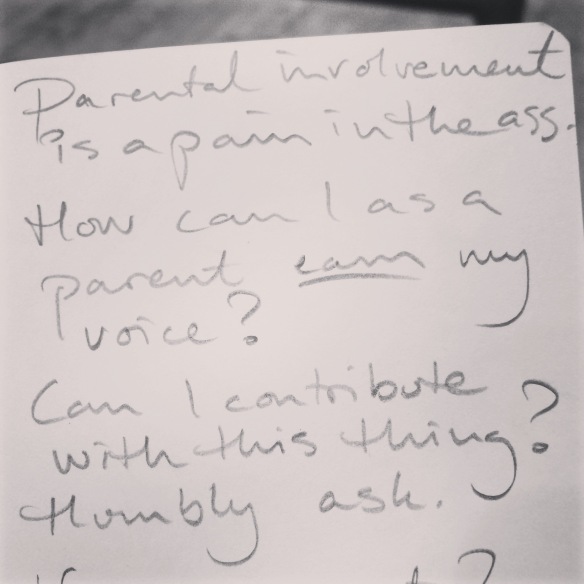 So he flipped it around. Not saying parents shouldn’t be concerned, shouldn’t contribute with thoughts and ideas. No. Not at all.

Instead – asking myself the question: How am I contributing? How can I contribute?

Not to assume I know what do to, and how to do it best. But offer it up, the thoughts, ideas, good examples. Humbly. Earning my voice, by actually providing value, in one way or another. Engaging in a conversation.

Asking the teacher or principal: What can I do? What do you need? Is there any way I can contribute with this thing?

Reflection #17 of 24 from the notes I took and the experience I had at the Seth Godin Q&A-session in London, November 2015. These reflections will constitute my Advent Calendar for 2015, and will be posted daily from December 1st to the 24th.

I am very interested in school development and life long learning, with the firm belief that schools and how they are shaped actually shape the society we live in, to a large extent. Hence I was thrilled to listen to Jessica Lahey on Good Life Project, since she’s a teacher with a passion for learning.

And was I ever rewarded! Jessica and Jonathan had such an interesting conversation that when I was finished, and still had several kilometers left on the bike ride I was on, that I just pressed PLAY and started to listen one more time. 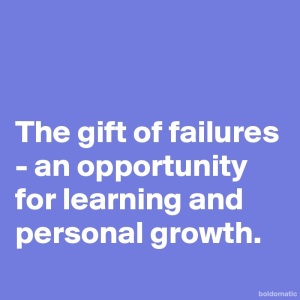 Jessica Lahey wrote an article in The Atlantic in January 2013 entitled Why parents need to let their children fail and since then, she’s written a book on the subject of failure as well. And she’s telling some fascinating stories in this podcast, around failure (amongst other things), and on the opportunity for growth that most (all?) failures bring with them. I especially like the way she balances her own experience both as a teacher and a parent, demonizing neither party, but totally seeing the pro’s and con’s each role can provide in the development of a child.

So, are you a parent? Listen to this episode.

Or perhaps, you are a teacher or work in schools? Listen to this episode.

Maybe you are lucky enough to be a parent yourself, or have any kind of relationship with children, such as being an aunt, uncle, grandfather, cousin, neighbor, scout leader or anything else where you come in contact with children and young adults? Listen to this episode.

There. I think I covered the lot right then and there, didn’t I? Have I convinced you yet that this is simply a no-miss-podcast that you definitely will listen to?

Cecilia von Melen sent #skolvåren a link to a TED Talk by Julian Treasure, on five ways to listen better. Cecilia caught on to the idea Julian have that listening should be taught in schools.

It’s a challenge alright, to break the path of less and less listening that we seem to be on, but surely it’s a sound challenge to take on?